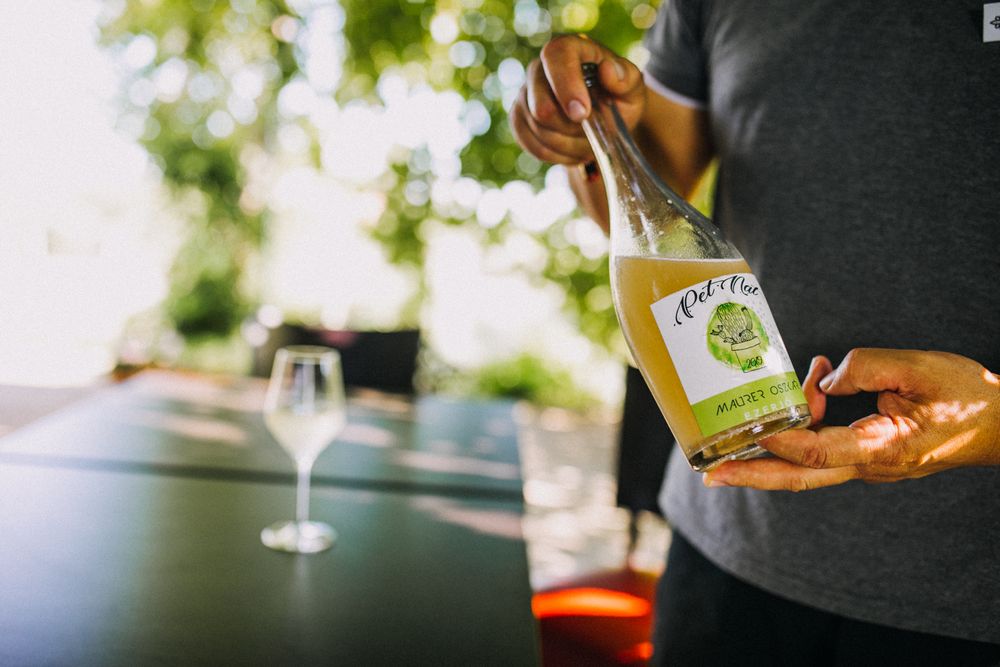 For us, naturalness is the basic principle in wine production and the greatest emphasis in growing vineyards. Organic agriculture is our basis, and we try to create harmonious conditions in the vineyard so that autochthonous varieties show their full potential. We make wines by applying organic production procedures, without the use of additives and chemical agents that destroy the world and poison the human soul.

In the winery and cellar, we are constantly experimenting and letting grapes, the most important ingredient, to show its character. Grape must fermentation, aging of the wine on the lees, bottling with the lees, and most often, without the addition of sulfur. All, from the heart and thoughtful.

"Grapes have brought me closer to everything important to me. The wine brought me home.” - Oscar Maurer 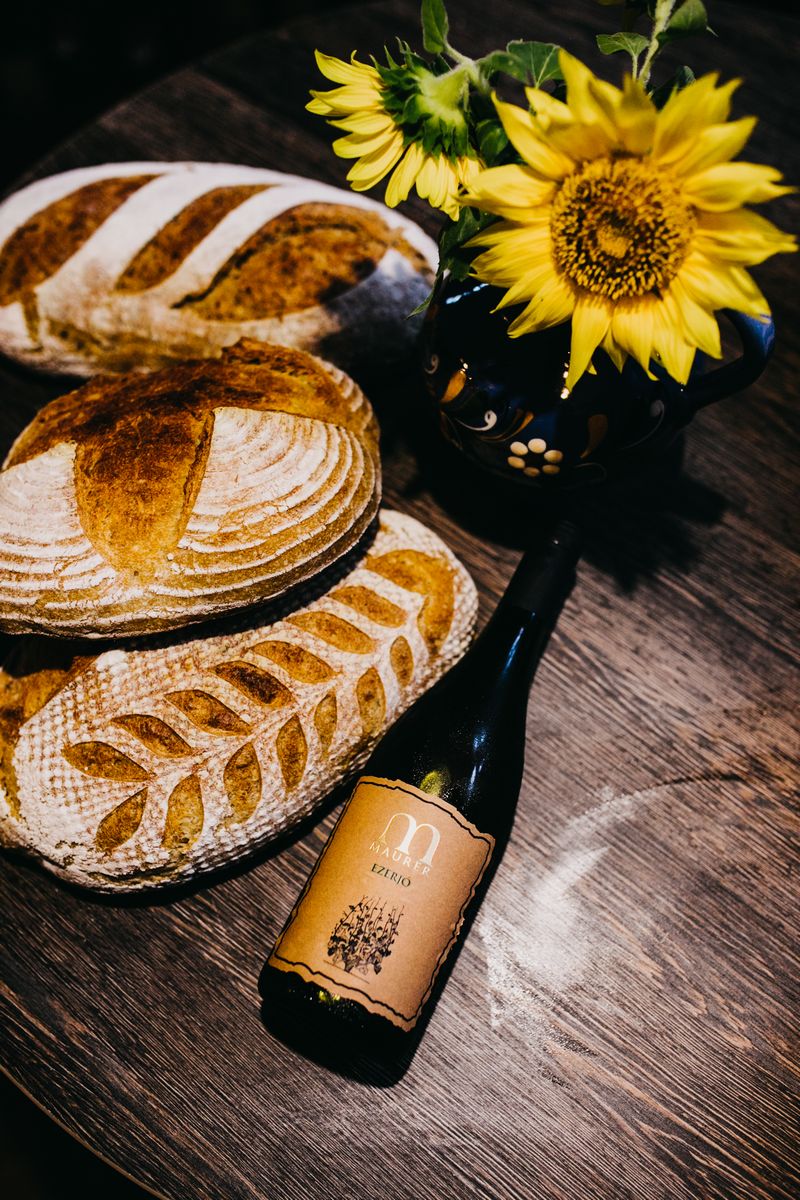 "The eternal conflict between emotions and rational thinking does not always have to annul the idea.  Sometimes, the heart, and the mind want the same thing, only in a different way. That's how I became a winemaker. My mind wanted it, and so did my heart. I flew and chased dreams with the firm conviction that this was my right path.” - Oscar Maurer

Our vineyards are located in two locations - in the area of Srem on Fruska Gora mountain and the Subotica wine area, on the sandy terrain of Subotica – Horgos sandstone.

History of the Srem wine region

There is a lot of evidence that the population on the slopes of Fruska Gora was engaged in viticulture 2,300 years ago. During the Roman Empire, this region flourished. We can thank the Roman emperor Marcus Aurelius Probus for that, who replanted grapes on Mons Almus (Fruska Gora). During the great migrations, Greek-Byzantine priests were present in Mons Almus and cultivated grape crops, as wine was widely used in Christian rituals. In the 4th century, the Huns appeared, and similarly, the Avars later continued the tradition of viticulture in Srem.

After the Huns and Avars, under the rule of the Hungarian monarchy, viticulture was also the primary dealing. Srem used to be one of the three most famous wine-growing areas in the world.

The arrival of the Turks and the long occupation took away all the work around the vineyards and caused them great damage. It brings ruin and destruction to wine Srem.

Nowadays, the slow awakening of viticulture and winemaking is noticed in this area, while more and more dedicated winemakers are appearing, trying to make the best wine in this area.

Vineyards in the Srem wine region 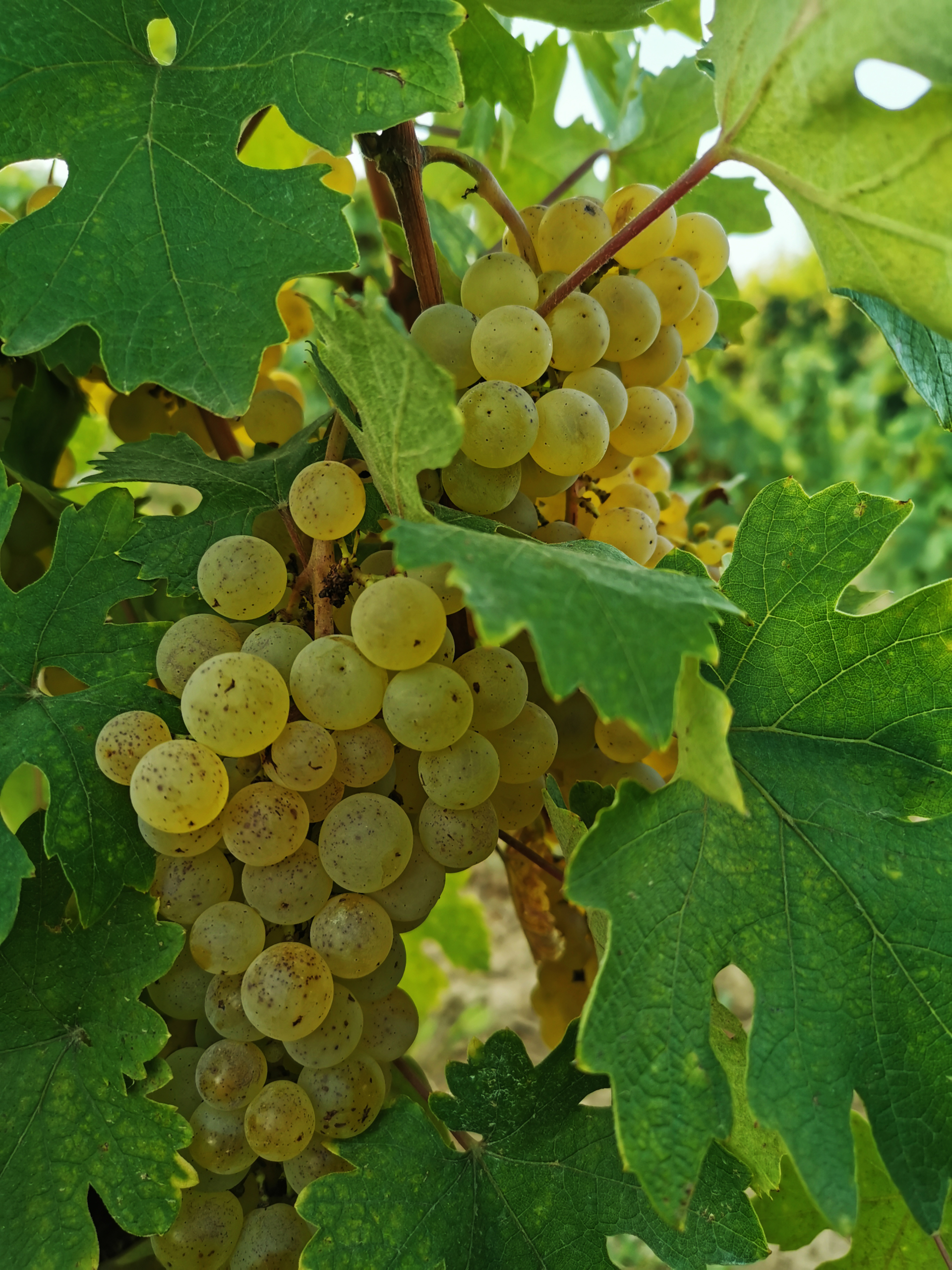 Fruska Gora with a height of 539 meters above sea level forms a mountain range 80 km long, which stretches from east to west. Our vineyards in Srem cover an area of 9 ha, near Sremski Karlovci on the stretches of Kristusevina, Remetica, and Karas. Fruska Gora provides them with protection from the winds coming from the north, and on the other hand, as the slopes face the Danube, they have sub-Mediterranean characteristics with more than 200 sunny days a year, which is approximately 2,300 hours of sunshine.

The complex geological activities that took place in this area in the past formed a specific Srem geological ground. Mica - a rock that forms a slope (over 500 million years old), together with a series of volcanic eruptions from five million years ago, sedimentary rocks, and land originating from the Pannonian Sea, make this land so special while making Srem wine with a balanced acid structure and pleasant minerality.

The main white grape varieties that we grow in these vineyards are Sremska zelenika, furmint, bakator, medenac beli, and tamjanika, and among the black varieties, there are kadarka and frankovka.

The wines that are made are: Karom, Orion, Incense, Kadarka Rock & Roll, Kadarka Gravitation, Rebel, and Jumbo.

Vineyards in the Subotica wine region

The surface of these vineyards is covered with sand that goes up to half a meter deep, and under the sand, there is a clay loess with calx sometimes interspersed with natural stone.

Here are our old vineyards: Fodor Italian Riesling (53 years old), Kevedinka (97 years old), Bakator and Sremska zelenika (113 years old), and finally two vineyards of Kadarka, the first one is 110 years old, and the second one is planted back in 1880, and almost 142 years old.

Vintage grapes are bottled as special labels, and wines made from the fruits of young vineyards play a key role in blends of "Crazy Lud" wines (white and red blends).

Cookies are small text files that can be used by websites to make a user's experience more efficient.
The law states that we can store cookies on your device if they are strictly necessary for the operation of this site. For all other types of cookies we need your permission.
This site uses different types of cookies. Some cookies are placed by third party services that appear on our pages.
Your consent applies to the following domains maurer.rs

The purpose of marketing cookies is to track users through multiple websites. The goal is to be able to display ads to our users that are relevant and of interest to them, making them more valuable to publishers and third-party advertising providers.